This type of press release is a great way to get positive press coverage, build your employer brand, and raise workplace morale. 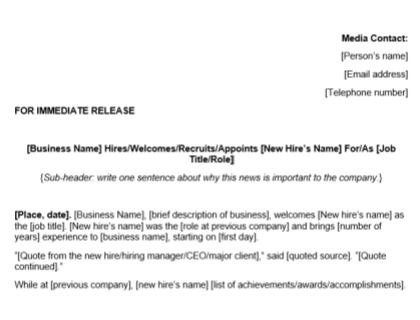 Download our new hire press release template, fill in the blanks, and send it out to the media.

[Sub-header: write one sentence about why this news is important to the company.]

While at [previous company], [new hire’s name] [list of achievements/awards/etc]. [Business name] began the search for a new [new hire’s role] when [reasons for search (a new department/fill a vacancy/etc)].

[New hire] received [academic degrees] from [university] in [year]. [Mention any accomplishments, recognition, related background, etc]. He/She is also interested in [try to include hobbies or interests that are related to community interests like sports teams followed, for example.]

[New hire’s name] will be [activities and responsibilities at the company]. [Discuss how this furthers the company’s goals and the impact it will have on customers and the community]. 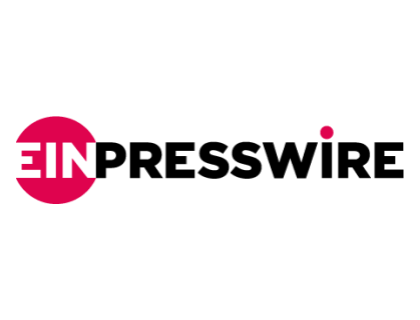 Wallace brings over two decades of experience in commercial insurance to XYZ.

Louisville, Kentucky. XYZ Limited, one of the largest commercial insurers in the nation, welcomes Bob Wallace as the new Vice President of Finance. Wallace was the Chief Financial Officer at National Insurance and brings 25 years of experience to XYZ, starting on March 8.

“Bob brings with him a skill set that is almost unparalleled in today's insurance market,” said XYZ CEO Janet Smith. “With his extensive connections in the industry and his acumen for financial strategy, we believe that Bob will help us to position ourselves as the premier business insurer in the nation.”

While at National Insurance, Wallace helped to form over 200 partnerships with insurance brokers, increased annual revenue by 20%, and was named the 2016 Insurance Industry "Pioneer of the Year".

XYZ Limited began the search for a new VP of Finance when the former VP of Finance, Mike Thomas, retired in 2019.

“This is a new chapter for me,” said Wallace. “I like where XYZ is headed, and I think that there is a bright future ahead.”

Wallace received an MBA from The Warden School of Business in 1986. Outside of his professional life, he is also interested in college sports and global travel.

Wallace will be in charge of investments and partnerships at XYZ. This aligns with XYZ's mission to present their business customers with more specialized insurance options at the best possible rates.

XYZ Limited is a major commercial insurance provider. In particular, XZY specializes in insuring companies in the financial sector with a wide range of liability coverage options. The company was formed in Louisville, Kentucky in 1995, where it remains headquartered to this day. 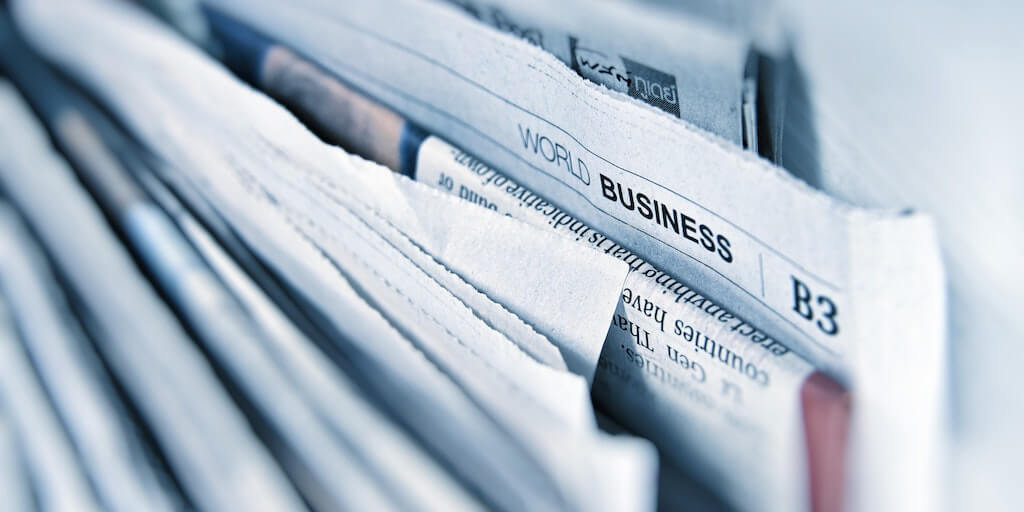 How do you write a press release for a new hire?

Many businesses use new hire press release templates for crafting the perfect release to send to the media. The templates are professionally structured and give the user instructions about what information to include.

What should be included in a new hire press release?

What are qualities of a good new hire press release?