Workbooks is a cloud-based customer relationship management platform for businesses. Workbook's solutions include order management, order fulfillment, invoicing and supplier management. Businesses can use Workbooks to access their CRM from anywhere, and increase customer satisfaction. 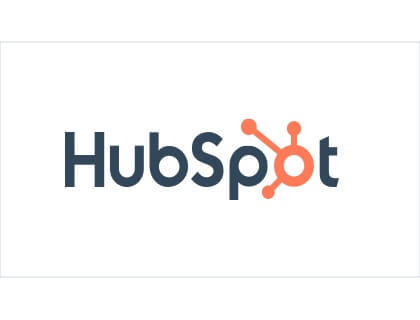 Chat with customers and prospects in real time.

Workbooks offers all the standard features including contact and lead management, reporting dashboards, tracking and storage solutions, and the ability to schedule meetings or appointments.

While you can make use of Workbooks’ mobile optimization feature, the software does not offer a mobile app, a feature listed by its closest competitors. Other features not offered by Workbooks include Kanban visualization, bulk emails, and file attachments support.

Workbooks also has some less common features, such as a ticketing system, website traffic analysis, customer support forms and in-app forms. For businesses needing the ability to support multiple currencies, Workbooks is a good fit as the software is part of a select few CRM software that offers this feature, joined only by a competitor Bitrix24.

Workbooks offers first-time users a free 30-day trial. Thereafter, users are expected to pay a fee, which is priced per employee and starts at $30.00 per month. This is about the same price as its closest competitor Insightly, which starts at $29.00 per month. Other CRM and business plans offered by Workbooks range between $45.00 and $80.00 per month.

However, for businesses looking for more affordable options, we recommend the feature-packed and free software Hubspot. For no monthly fee, users can make use of Hubspot's standard and less common features, such as native integration with other internal apps and their VoIP system.

Despite some of its top-ranked competitors offering a few more features for a more cost-effective price, Workbooks is a reliable CRM platform for businesses wanting to streamline processes across various departments.

What is Workbooks' price range?

Can I integrate my email with Workbooks?

Is there a free trial for Workbooks?

Does Workbooks have any auditing capabilities?

Yes, Workbooks has an auditing function that gives you information on changes that are made to your database. The Audit module is a licensed extension to Workbooks and your account must be licensed before any audit data will be collected.

Can I import data from other CRM systems to Workbooks?

Yes, Workbooks allows you to import existing data from other CRM systems using a comma-separated value (CSV) file that enables the exchange of data between systems.

Does Workbooks have invoicing capabilities?

Yes, Workbooks has fantastic invoicing capabilities. You can use customizable document templates to create invoices with your company's branding. Workbooks Professional Services can also develop a complete set of customized templates for you.

What are some Workbooks alternatives?