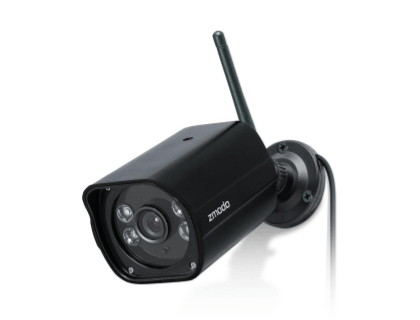 The Zmodo 1080p Outdoor Weatherproof Wi-Fi HD Security Camera is a durable wireless camera for outdoor use. It offers a respectable night vision range and records 25 frames per second, providing clear and smooth surveillance videos. The cameras are easy to set up and support both 2.4GHz and 5GHz networks but include only 12 hours of free cloud storage. More storage can be accessed through a subscription but this will drive the cost up.

The Zmodo 1080p Outdoor camera has an Amazon rating of 3.5 out of 5 stars. The camera is described as well-built, very easy to set up, and offers good image quality. However, users also reported experiencing problems with the motion detection feature and alerts. 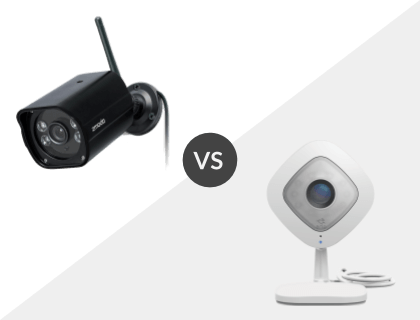 The Zmodo WiFi camera is, unlike the Arlo Q, also suitable for outdoor use and has a greater night vision range but is otherwise inferior to the Arlo Q in terms of supported integrations, audio capabilities, field of view, and video quality. While the Arlo Q also comes with 7 days of free cloud storage, it is also the more expensive option. 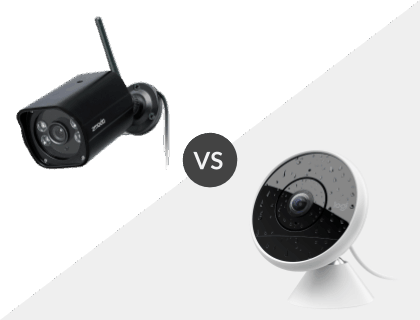 The Logitech Circle 2 has a far greater viewing angle than the Zmodo WiFi camera, but also has a much shorter night vision range. The Logitech costs $100 more than the Zmodo, but also offers a little more with other features, such as 2-way audio and integrations, as well as added flexibility (wire-free option).

Yes. Bank-level AES 256-bit encryption and Transport Layer Security (TLS) is used to connect the Zmodo device and apps to the Zmodo servers, and 256-bit symmetric-key encryption is used to secure videos and pictures. You can only view your pics and videos when you log into the Zmodo app with your unique username and password.

Does Zmodo work with Alexa?

Yes. You can use Amazon Alexa with your Echo show to control your Zmodo camera.

Do Zmodo cameras have sound?

Does Zmodo work with Google Home?

What is Zmodo NVR?

An NVR is a network video recorder (NVR) that comes with some Zmodo surveillance systems.

How much is Zmodo cloud service?

Zmodo offers monthly and annual pricing options. You can get 30 days' worth of additional storage at $9.99 per month or $99.90 per year.

What does Zmodo Smart Wireless Security Cameras do?

This indoor-outdoor camera wireless system will alert you to any movement at your property while you're at home or away. The Zmodo wireless surveillance system is sold as a one-camera, two-camera, and four-camera WiFi security system.

Where can I buy the Zmodo Smart Wireless Security Camera System?

You can buy the Zmodo Smart Wireless Security Camera System four-pack, as well as the one-pack and two-pack from sites like Amazon.

How far can the Zmodo Wireless Outdoor Camera "see" at night?

The Zmodo Outdoor Cama Pro is capable of viewing up to 98 ft. at night.

The Wireless Security Camera System Zmodo has been reviewed on Amazon over 200 times and gets a 3.5 out of 5.0 stars.

What is the resolution of the Zmodo Security Camera System?

What are some Zmodo Smart Wireless Security Camera alternatives?