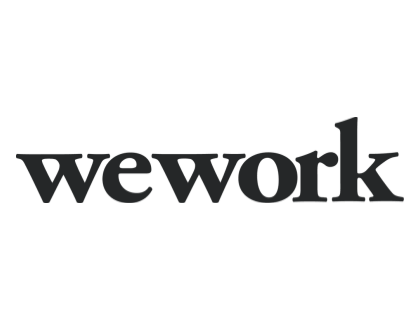 Cons: Not as community-orientated as expected.

Bottomline: A good co-working space for freelancers and start-ups looking to expand their business.

How does WeWork work?

WeWork is a shared co-working space with 447 WeWork locations worldwide. With WeWork, business owners or individuals get access to WeWork meeting rooms, stylish common areas such as the WeWork cafe, and a wide range of fitness classes as part of the WeWork Wellness program, which you can sign up for on the WeWork app.

Is WeWork a tech company?

What is WeWork membership?

To make use of WeWork office space, you have to sign up for a WeWork membership. There are four membership options to choose from depending on the size of your team, and all plans come with internet, printing nooks, front desk service, sound-proof phone booths, and cleaning services.

You can contact WeWork at 1 (855) 593-9675 or visit their website. Alternatively, you can visit their headquarters in New York.

What does WeWork cost?

Yes, WeWork offers single day passes so you can rent a desk to test out the space.

Who is behind WeWork?

WeWork was founded by Adam Neumann and Miguel McKelvey in 2010.

What's a hot desk at WeWork?

A Hot Desk allows access to an open seat in a common area at one of the many WeWork locations.

What time does WeWork open?

WeWork's trading hours are between 9 AM – 6 PM, Monday to Friday. 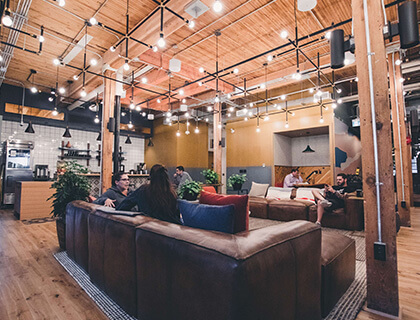 What are the benefits of working at a WeWork communal office space?

Reviews indicate that WeWork office space is a great option for startups and small businesses that can't afford huge rental costs. It's also great for networking.

Do I have to book a WeWork conference room for a meeting?

Yes. WeWork members use credits to reserve these spaces. You’ll find presentation rooms for up to 25 people with A/V gear, modular seating arrangements, and console tables for snacks and refreshments. There's also a number of theater-style conference rooms.

Where can I find WeWork coworking near me?

You can find your nearest WeWork communal office space via their website.

How secure is the WeWork co-op workspace?

All WeWork members have to undergo an identity check through Netverify before joining. Once you're vetted, you get a keycard to access your building. All guests are required to check in at the front desk and present a valid photo ID. There are also security cameras on site. 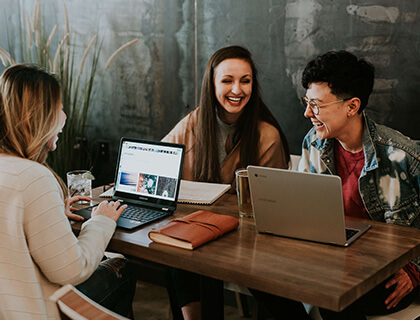 Is WeWork open at all hours?

WeWork staff is on site from 9 am - 6 pm Monday through Friday. However, WeWork members with hot desks, dedicated desks, or private offices can access their building via keycard 24/7.

Regus vs WeWork; which startup office space is the best for my business?

Regus and WeWork are both popular co-op office spaces with locations around the globe. Although Regus has been in business since 1989 and offers similar facilities, WeWork has attracted a large millennial crowd.

Is there a WeWork gym at all branches?

WeWork gyms are located in major cities. To see if the WeWork office space in your area has a gym, visit wework.com.

Where is WeWork HQ?

Who are the top WeWork competitors?

If you're looking for a co-op workspace like WeWork, check out Regus, Impact Hub, and Copass.

Yes. WeWork adopted a no meat policy (red meat, pork, and poultry) in mid-2018 and will no longer expense meals including meat, or pay for meat dishes at company events. However, members are allowed to bring their own meals containing meat to work.

How do I get in touch with WeWork customer service?

You can reach the WeWork customer service team via phone or email. Dial the WeWork contact number at 1 (877) 302-6221, or send an email to joinus@wework.com.

What is the WeWork Creator Awards and can I enter?

Every year, the WeWork Creator Awards program supports innovative projects around the world by awarding cash prizes to artists, entrepreneurs or organizations in three categories; non-profit, performing arts, and business venture. Both WeWork members and non-members can apply.

How many WeWork locations are there in NYC?

There are 60 WeWork locations in NYC.

What are some WeWork alternatives? 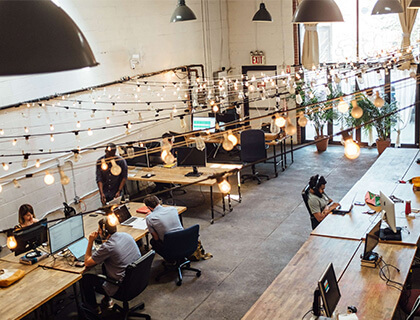 What are the most popular WeWork locations?