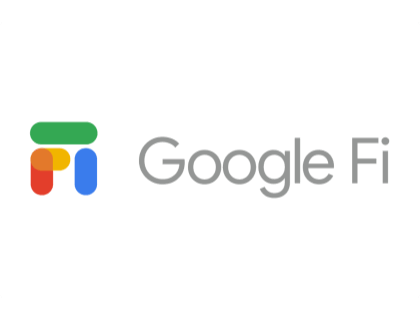 Pros: Offers flexible billing depending on your data usage. No extra costs for international roaming.

Cons: Not all phones are compatible with Google Fi.

Is Google Fi a good deal?

Google Fi offers flexible billing as well as Bill Protection, so you only pay for what you use. It is an easy-to-use phone plan with great international coverage. On the downside, only certain phones can support Google Fi.

How much is Google Fi a month?

What Towers does Google Fi use?

Can you keep your number with Google Fi?

Does Google Fi have unlimited data?

Google Fi charges $10.00 for every GB of data used. However, when you reach a certain data amount (depending on the number of people on your plan), Bill Protection kicks in, and any data you use after that will be at a slower speed and will be free for the rest of your billing month.

Google Fi users can get 5G, but only through Sprint networks, if supported on their phones, and only in certain metropolitan areas in a 5G coverage zone.

No. Google Fi does not have an annual service contract, therefore no fees are due when you leave. However, if you bought a new device through Google Fi and chose to pay it off monthly, you will pay any outstanding amount if you leave.

Can I cancel Google Fi at any time?

Yes. You can also sign up again at any time after cancellation. You can also temporarily pause your service. If you are in a family plan, you will need to leave the plan or remove members before you can cancel.

Yes. Google Fi has it's own SIM card that authenticates you on Sprint, T-Mobile, and U.S. Cellular.

What is the best Google Fi phone?

Google Fi is designed mostly for the Google Pixel range but the Moto G6 or G7 also works very well with Google Fi.

How many times can you pause Google Fi?

No. You can also use your phone as a mobile hotspot to share your data with others at no additional cost.

How long does it take to activate Google Fi?

It should take less than 15 minutes to activate Google Fi. If you are transferring, it can take up to a day.

Is Google Fi good for iPhone?

Can I activate Google Fi overseas?

Yes, You can use Google Fi in over 200 countries just as you would at home, no extra costs.

Have a look at our guide to Google Fi's international plan.

How do you pay for Google Fi?

Does Google Fi use AT&T?

No. Google Fi only offers data service across T-Mobile, Sprint, and U.S. Cellular.

What phones are compatible with Google Fi?

The current phones designed for Fi are Pixels, Moto G7, Moto G6, LG G7 ThinQ, LG V35 ThinQ, and Android One Moto X4. They are built to support multiple cellular networks, and they have a state-of-the-art cellular radio tuned to work across network types. Subscribers must have the North American model of the above devices to use it on the Google Fi network.

Other Android phones and iPhones that do not have the same network switching technology may still get many of the other benefits of the plan.

Yes. You can use the Google Fi network just as you would at home with no additional costs for international roaming.

Does Google Fi work with Verizon?

No. Google Fi only offers data service across T-Mobile, Sprint, and U.S. Cellular.

Does Google Fi work in Vietnam?

Does Google Fi work in Japan?

If you have a group or family plan, you will share data with all members on the plan. There will be one bill for all members.

How do I transfer my phone number to Google Fi?

Does Google Fi work in China?

Can I use Google Fi in Canada?

How do I use a Google Fi VPN?

Does Google Fi work in Australia?

No. Google Fi is not supported on Apple Watch at this time.

Does Google Fi support all types of standard messages?

For iPhones, iMessage will work, and the MMS settings need to be updated to send and receive texts with non-iPhones. A walkthrough is available when the iPhone is set up for the service and may have to be updated when a new version of iOS is installed.

Yes. Just like an individual plan, each month you’ll pay $20 for unlimited talk and text, then add $15 for each additional person. Data costs the same at $10 for each GB used.

What is an eSIM?

This is a SIM embedded to the device that lets you set up your connection on the screen once powered on. As such, it does not require a physical SIM card for your device to be used.

Google Fi is currently piloting eSIM, so the option to set up a new Pixel with eSIM appears only in Pixel 3 or Pixel 2s purchased from the Google Fi website and Google Store in the US. Simply power up your Pixel and set aside your SIM card to begin setup with Google Fi. If you would rather not use Google Fi’s eSIM, you can insert a physical SIM card at any time and set up your phone as you normally would.