What is a Pay Stub?

Learn more about what a pay stub is and how to make one.

A pay stub is a notice, often attached to a pay check, that details how many hours an employee has worked, how much they've earned, and the amount of taxes that have been paid for a specific pay period. It is also known as a paycheck stub, paystub, and pay slip.

Pay stubs allow employers to pay employees correctly, maintain accurate records, and manage federal and state taxes. Pay stubs help employees to understand their taxes and contributions, and ensure that they have been paid the correct amount. It also serves as proof of income.

Since the advent of payroll software, most pay slips are automated and issued to employees online.

How to Fill Out a Pay Stub:

Gross pay refers to money owed to employees before deductions are made, and depends on whether an employee is paid hourly or monthly.

The first column of the pay stub shows the current gross pay, while the second column shows the year-to-date totals.

Pay stubs can include the number of hours worked for both hourly and salary workers. In the case of additional hours worked, the number of regular hours, overtime, and double-time should be detailed separately.

Note the hourly pay rate for hourly employees. For salaried employees, note the amount of pay due for the specific pay period. You should also note the increased pay rate if the employee has worked overtime or double-time.

Gross pay should include regular wages, overtime, sick pay, holiday pay, bonuses, and payroll advances. In the two columns, list each form of income on a separate line.

On a pay stub, taxes and other deductions are itemized so that employees can see how much money has been taken off their earnings or gross pay. Taxes and deductions are also separated into two columns - current deductions and year-to-date totals.

These may include federal income tax, FICA tax, and state/local income taxes (depending on the state). List each tax on a separate line and show the amounts deducted for the current pay period and year-to-date.

This may include employee benefits and contributions such as insurance premiums and other voluntary deductions. List each deduction on its own line, and show current and year-to-date totals.

This reflects the amount contributed by the employer to certain taxes and employee benefits, such as insurance premiums and healthcare. List each contribution on a separate line. 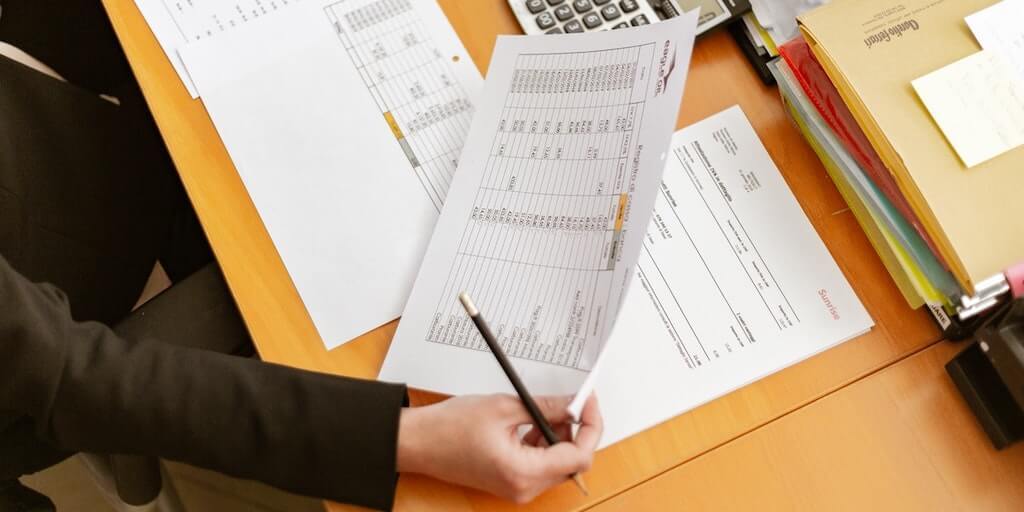 How Do You Calculate Payroll?

Learn how to calculate payroll for your business. Includes information about calculating hours, wages, and deductions, as well as frequently asked questions.

How do you get your pay stub?

A pay stub can be issued to an employee in two ways; by giving them a paper document or emailing it to them.

What is shown on a pay stub?

Is a pay stub the same as a paycheck?

Yes. When employees obtain their paychecks from employers, the pay stub is what details the information of their pay.

Does your job have to give you a pay stub?

Federal law does not require pay stubs for workers. However, the Fair Labor Standards Act requires employers to keep detailed records of employees' wages and hours worked. In addition, your state might not require employer-issued pay stubs, but an employee has the right to ask for their payroll records.

Can I make my own pay stub?

Yes. However, making fake pay stubs is neither the ethical nor the legal response.

How can I make a pay stub for free?

There are many software programs that you can use to create a free pay stub if you do not have payroll software. Check out Shopify, PayStubly, and FormSwift.

What is not deducted on a typical pay stub?

Employers are required to pay federal and state unemployment taxes, as well as a portion of Social Security and Medicare taxes. The FUTA tax rate for 2019 is 6.00% and the Medicare tax rate is 1.45%.