SimpliSafe is a provider of small business security systems for businesses and homes. They offer a wide range of security options, multi-sensory monitoring tools, and flexible contract options, among other features.

Frontpoint and SimpliSafe are incredibly similar in terms of their pricing and even share similar package contents and focus areas. For example, both have packages specifically aimed at buildings with multiple sources of entry.

In terms of features, they both have no installation fee, an A+ BBB rating, and offer month-to-month contracts.

ADT systems must be installed by professionals (for a fee of $99.00), whereas SimpliSafe equipment can be set up by anyone. Despite this, ADT is more affordable in the short term due to its lower monthly fees for a basic package. The Essentials package is $36.99 per month, and SimpliSafe's Foundation package costs $229.00. 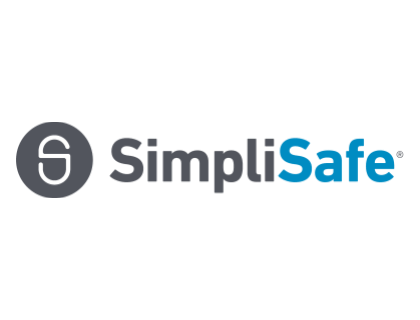 Cons: Smart features not available in the basic plan.

Bottomline: An excellent yet affordable monitoring system that is easy to set up and use.

How much does SimpliSafe cost per month?

Is SimpliSafe any good?

SimpliSafe enjoys mostly favorable reviews. It is relatively cheap, contract-free, has professional security features and is easy to set up and install, although they do not offer outdoor cameras.

Where can I buy SimpliSafe security?

Is SimpliSafe as good as ADT?

SimpliSafe and ADT are both highly rated security system providers, with ADT having a higher overall rating. ADT offers better technology and monitoring options, has a better reputation and offers much better third party integrations. SimpliSafe, however, offers better value for money, as well as more contract flexibility.

Does SimpliSafe have a doorbell camera?

Do I need WiFi for SimpliSafe?

WiFi is not essential when using SimpliSafe security systems. An internet connection gives you access to more features and settings, but it is not required in order to make use of the equipment.

Can you use SimpliSafe without subscription?

Yes, but with a limited capacity. Without a subscription, you won't be able to receive alerts on your smartphone and you will have to notify authorities yourself if an alarm goes off.

Does SimpliSafe need a landline?

No, a landline is not essential. SimpliSafe products are wireless and do not need a landline connection. However, there are landline, broadband, or cellular monitoring options to choose from.

How long do SimpliSafe batteries last?

SimpliSafe batteries have a lifespan of approximately 3 to 5 years.

Are there any SimpliSafe alternatives?